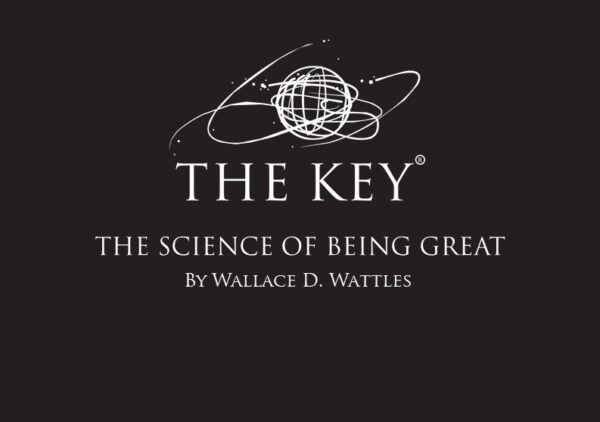 The Science of Being Great by Wallace. D. Wattles

Wallace Delois Wattles (1860-1911) is best known for being the author of “The Science of Getting Rich”, one of the most influential prosperity classics of the modern era. Little is known about his early life, other than that he was born in the United States and that he initially experienced frustrating times of poverty and failure.
Wattles was determined to turn his life around. In his own words, “If you have not consciously made the decision to be rich, great, and healthy, then you have unconsciously made the decision to be poor, mediocre, and unhealthy.” Wattles chose greatness, as his daughter Florence relates, “He wrote almost constantly. It was then that he formed his mental picture. He saw himself as a successful writer, a personality of power, an advancing man, and he began to work toward the realization of this vision. He lived every page … His life was truly the powerful life.” His work was influenced by Descartes, Emerson, Hegel, Leibnitz, Schopenhauer, and Spinoza.
Through his tireless study and application of methods he wrote about in his trilogy (Getting Rich, Being Well, and Being Great), Wallace transformed his own life into a highly prosperous, healthy, and excellent one.

There are no reviews yet.

Be the first to review “The Science of Being Great by Wallace. D. Wattles” Cancel reply