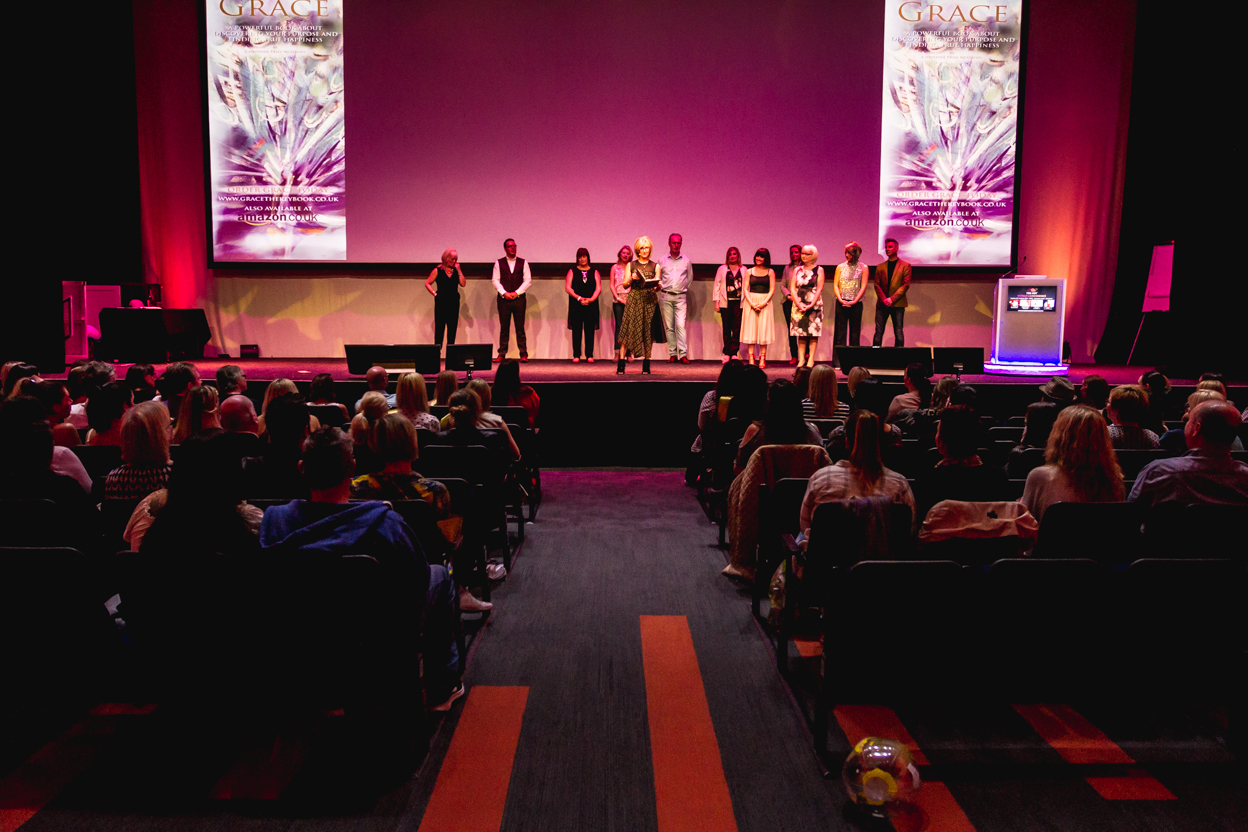 This is the moment when the words and story-line written consciously and deliberately into my book ‘Grace’ became my reality. The moment when I stood in the Glasgow S.E.C.C Stadium and read extracts from Grace.

Some people might call this a coincidence. I call it creating my reality using The Creation Process®.

As she opened her eyes she suddenly realised the floor was
vibrating, it was positively bouncing. She could hear the sound of the stadium mega speakers blasting out music, as people shouted, sang, cheered and celebrated. The energy was palpable.

The young man opened the door and helped Grace up the steep wooden stairs. He then stopped her at a set of navy blue velvet curtains, which lined the stage on either side from top to bottom.

It was then that Grace caught her first glimpse of the little old lady. But she was not alone. She was surrounded by a group of loving and supportive people. Grace recognised most of them. A beautiful older woman with strawberry blond hair, with a beauty that reached deep into her soul, stood at the old lady’s right hand side. There was a stunning young woman, who stood to the old lady’s left. Grace now recognised her as the old lady’s daughter. She represented The Key New Generation. And then there was “The Key” teacher whom Grace had spoken to earlier that morning. They had eventually met after that fated day when she had taken the wrong bus. Behind them stood a large group of vibrant “Key People”.